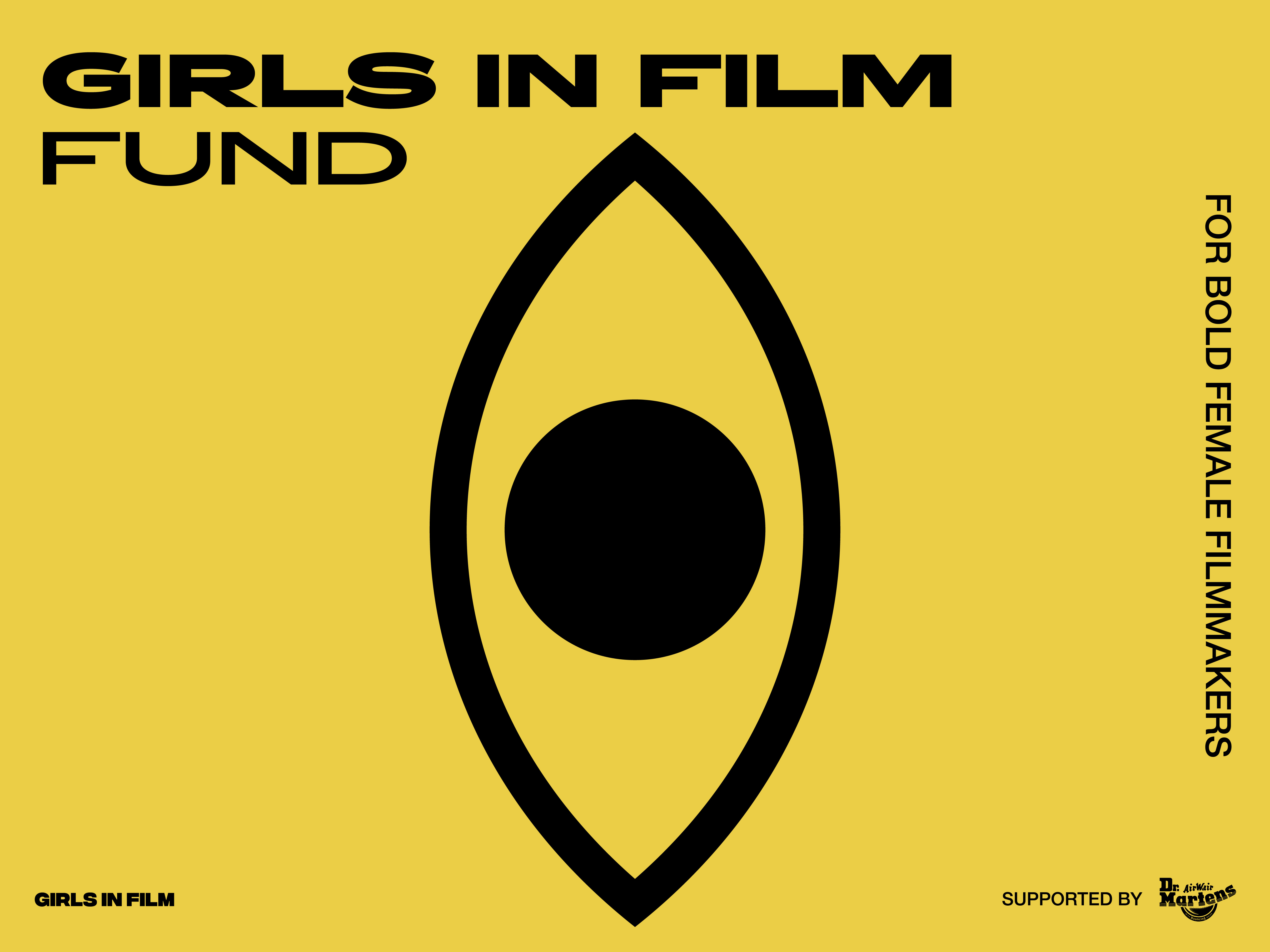 THIS FUND IS NOW CLOSED.

Girls in Film and Dr. Martens stand by the belief that any woman, anywhere can take on anything, even when faced with knock backs.
‍
Being an independent filmmaker means that you get to follow your own path despite the challenges, and we respect that and want to support you.

We seek projects that answer the question of what female strength means to you. We’re looking for projects with fleshed out characters, defined storylines and encouraging messaging.
‍
Girls in Film Fund will accept applications from female filmmakers (minimum director & producer have to be female) with films of any genre up to 7 minutes in length. The films can be in any stage of production but have to be able to deliver to our project deadline in  July 2020.
‍
Through this film we want to celebrate the spirit of female independence and resilience. The overarching goal of our granting program is to help ensure that important female stories and their creators are both told and heard.
ELIGIBILITY & CRITERIA
‍
We’re providing £5,000 cash grant to 1 selected director or team.
Applicants must be resident of UK
Minimum director and producer must identify as a woman, trans or non binary womxn
Must be 18+ to apply
The film concept must be a standalone format, episodic or proof of concept are not accepted
Scripts & treatments need to reflect the requirements for length of the film and feasibility of delivering the film on the outlined budget and schedule
Additional personal finance is accepted but Dr Martens must stay the majority funder and third party funders are not accepted.
THE APPLICATION
‍
‍Each applicant will be asked to submit the following:
‍
Team bio: information on director, producer and any other confirmed key HODs
Treatment: the story and your approach, include synopsis, director’s statement and visual approach with mood board
Itemised budget: give us as much information as possible into how you're using the money
Schedule / post production schedule - project will be green lighted in March 2020 and need to be delivered by July 2020 - can you deliver on tight deadline?
Past work: submit samples of your past work.
FAQ:
‍
What are the project deadlines?
The application deadline is 4th March by midnight GMT. No submissions are accepted beyond this deadline.
The shortlisted teams will be notified by 18th March and final winner announced on 25th March after a round of shortlist interviews.
‍
Am I eligible?
‍If you identify as a womxn or non binary and you are based in UK, you are eligible to apply. You don't have to be citizen of UK but UK citizens based abroad are not eligible this time.
‍
Are men allowed to work on the project? Do all-female teams have an advantage?
‍Men are welcome to work on your projects in positions determined by director and producer. All-female teams are not given preference over other teams.
‍
I’d like to submit my script but I identify as male
‍If you are interested in working on this project as a man, you can find female-identifying director and producer and work with them on your idea. However due to subject matter, stories written from female perspective will be more suitable.
‍
Does the film have to be centered on leading female character?
‍No, the film doesn’t have to be centered on women but it should in some way tell a female story although it can be from point of view of others.
‍
Can the film have other funding?
‍You may supplement the grant using your personal funds as needed but majority sponsorship or funding from third parties is not allowed, Dr Martens remains the majority funder.
‍
Does Dr Martens have to be referenced in the film?
‍While showcasing Dr Martens products is not the objective of the film, competitor product should not be obvious or visible in the final film. If you wish to use it, Dr Martens can provide product for you.
‍
Do I own the rights to my film?
‍You will own all IP rights in your film. However, we require you to grant us permission to use, distribute, or edit the complete film for promotional purposes and distribute them on Girls in Film and Dr Martens channels.
‍
Licenses and releases for the film
‍If there is music in your film, you are required to obtain the rights to use and/or reproduce the music in your film. At a minimum, this will require a license that includes all necessary digital, synchronisation, performance, festival and other necessary usage rights.You are required to receive a model release from all participants appearing in your film. Please avoid filming competitor logos and artwork — you may need their permission to share.

Applying on FilmFreeway
All applications have to be submitted via FilmFreeway (button on the bottom of the page).
You have to create an account where you upload your project. Then go to https://filmfreeway.com/GirlsinFilmFund and submit. The competition is not searchable through website.
FilmFreeway has some automated submission options and not all of them are necessary to fill - so don't worry if you don't have all boxes filled in. Make sure you give us as much information about your project as possible and attach your treatment, budget and rough schedule.
Submit