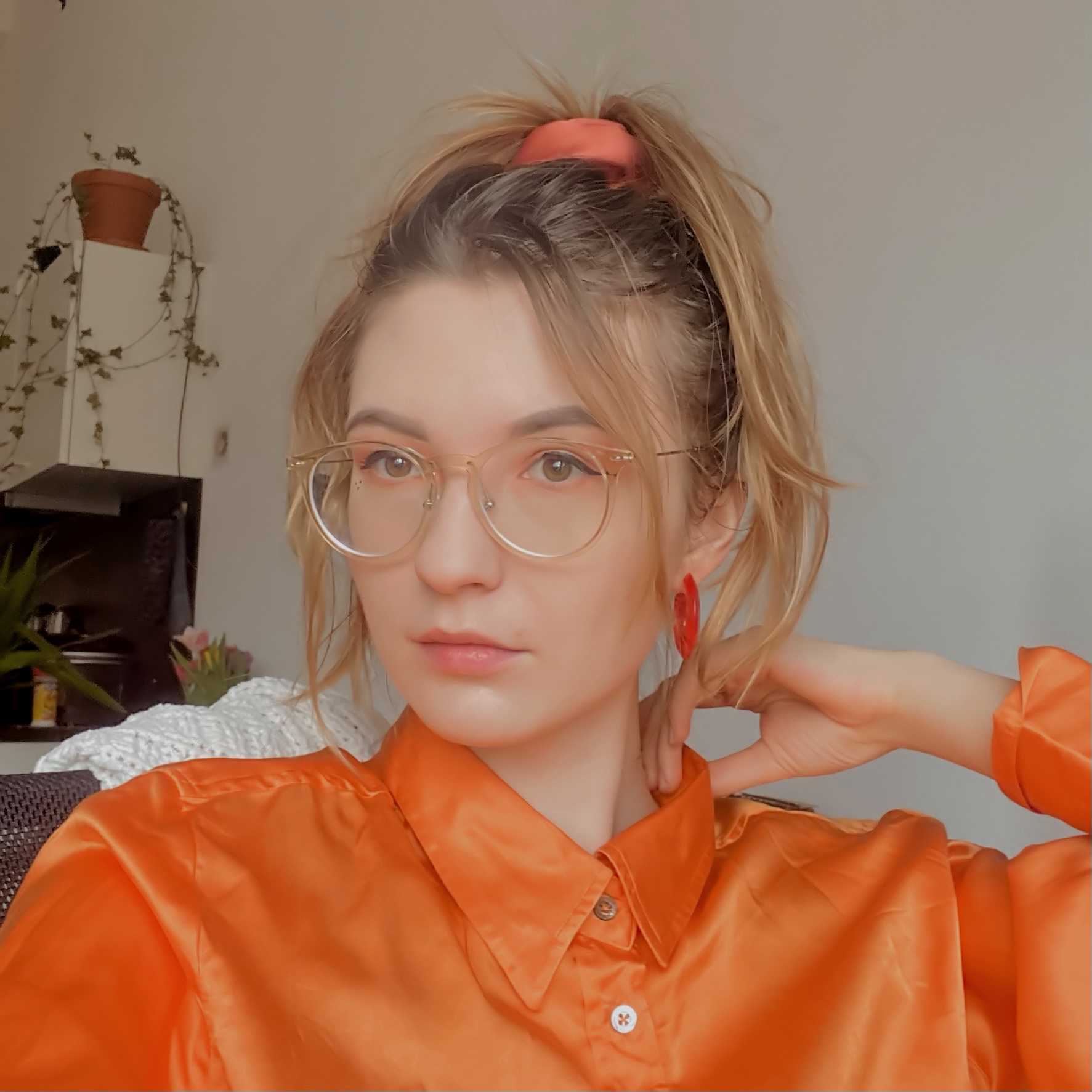 Aleksandra Bokova is a 3D artist, witha primary focus on illustration and animation. She graduated from the Willem deKooning Academie in 2021 with the short film “The Caterpillar Girl” and iscurrently based in Rotterdam, the Netherlands. Aleksandra was born and raisedin Minsk, Belarus, and moved to The Netherlands when she was 19 years old topursue a degree in arts. In her works, she invents whimsical and weird charactersand environments which are inspired by her Post-Soviet upbringing. Her main focuslies in searching for magic and humor in her surroundings, which was a criticalescape from the struggles of growing up in a dictatorship. Having faced many oppressive,conservative, and toxic ideas about the role of a woman in society, Aleksandrais now engulfed in the exploration of her suppressed femininity. She designsfree and funny female characters, who allow themselves to be whoever they wantto be in their worlds.