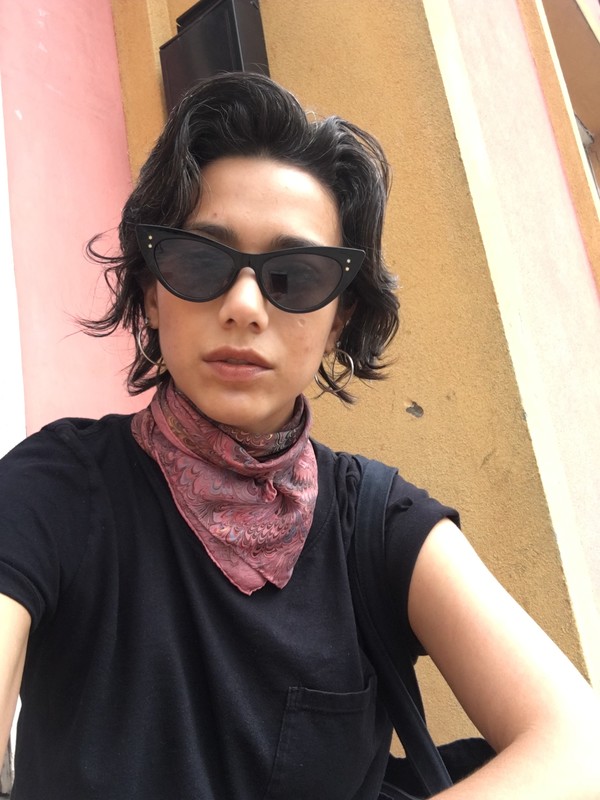 Caitlin Díaz is a filmmaker, colorist and archivist from the Rio Grande Valley, Texas. She currently lives in Pasadena, California working as an independent film colorist while continuing to make films, facilitate workshops, screening series and bring awareness to forgotten histories through archival practice and projects. Her films explore the human psyche and the processes that surround individual experience. Memory (both real and imagined), land (borders) and female intuition are running themes throughout her work. By combining analog, digital and direct filmmaking techniques, her filmic language celebrates the past while pushing the technical and theoretical boundaries of the present. Her films have screened at festivals such as Another Experiment by Women (NYC), Strangloscope (Brazil), Festival Internacional de Cine en Guadalajara (Mexico) and Cine Las Americas International Film Festival (Texas). Her work has also been programmed in group shows such as JUNTXS: A Border Arts Symposium (Dallas, TX, 2018) and Crossing Paths: Latina and Latin American Women Filmmakers in Los Angeles (Los Angeles, CA, 2017). She was an Artist in Residency at the Echo Park Film Center in 2016. In 2019 she was one of the artists awarded the Mike Kelley Foundation for the Arts grant.