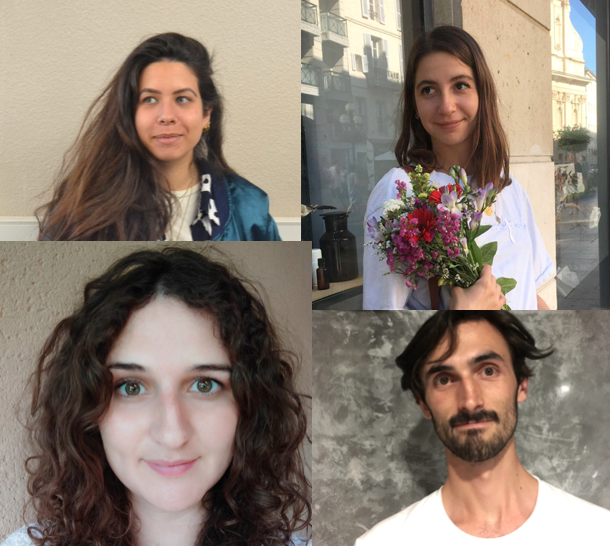 Héloïse Courtois ( Instagram : @helocotone ) Having always had an interest in colours and design, it seemed natural to me to go into animation studies. Then I became interested in pre-production, especially concept and illustration, in order to create a graphic axis around a story. Victori Jalabert ( Instagram : @victori_jalabert ) Born in 1993 in Arles, France. I have always been passionate about images and I started my higher studies in graphic communication. In parallel with my studies I produce paintings with the aim of exposing them or having them published. Then I went to the animation cinema where at the end of my studies I participated in the conception of the film "Grand Bassin". Chloé Plat ( Instagram: @cloeplatre ) Born in 1993, in Belgium. I have always been passionate by video Editing, directing, drawing, music, theater… I did a preparatory classes for art, still split by my different passions, and I realized during this year that animation film includes all these. I was able to reach the end of my studies by making the film "Grand Bassin" with my team. Adele Raigneau ( Instagram: @bubbledor ) I'm Adele and I first studied 3D at the Estienne school in Paris. Then I learned comics and illustration for a year also in Paris before coming back to 3D. So I went to MoPA school in Arles for the last 3 years. I took part in many projects alone and as a team during my studies and Grand Bassin is the last one.