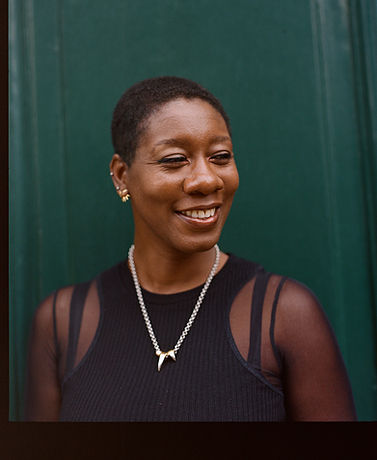 Lainey Richardson is an award-winning British Director and Screenwriter of mixed Ghanaian and Jamaican heritage, hailing from Camden Town. After graduating from the University of the Arts London, Lainey went on to direct 5 short dramas and documentaries which collectively screened at over 15 film festivals worldwide, including the Bafta-qualifying London Short Film Festival and Encounters Film Festival. To Lainey, culture is everything. From spotlighting Black cultures and identities, to exploring subcultures and amplifying “othered” voices, Lainey approaches her work with a unique sensibility, sensitivity, and gaze, bringing mainstream appeal to lesser-known narratives told through a contemporary lens. Her repertoire demonstrates her distinctive voice, and innate ability to connect with people leading to powerful performances on screen. “Yassin: It Really Goes This Deep” is the first of two films to be released with Caviar for the amazing charity Football Beyond Borders. This hybrid poetry film cum music video portrays 13-year-old Yassin as he experiences life in lockdown, at this unprecedented moment in history. Based between London and Amsterdam, Lainey is currently writing her first TV pilot.