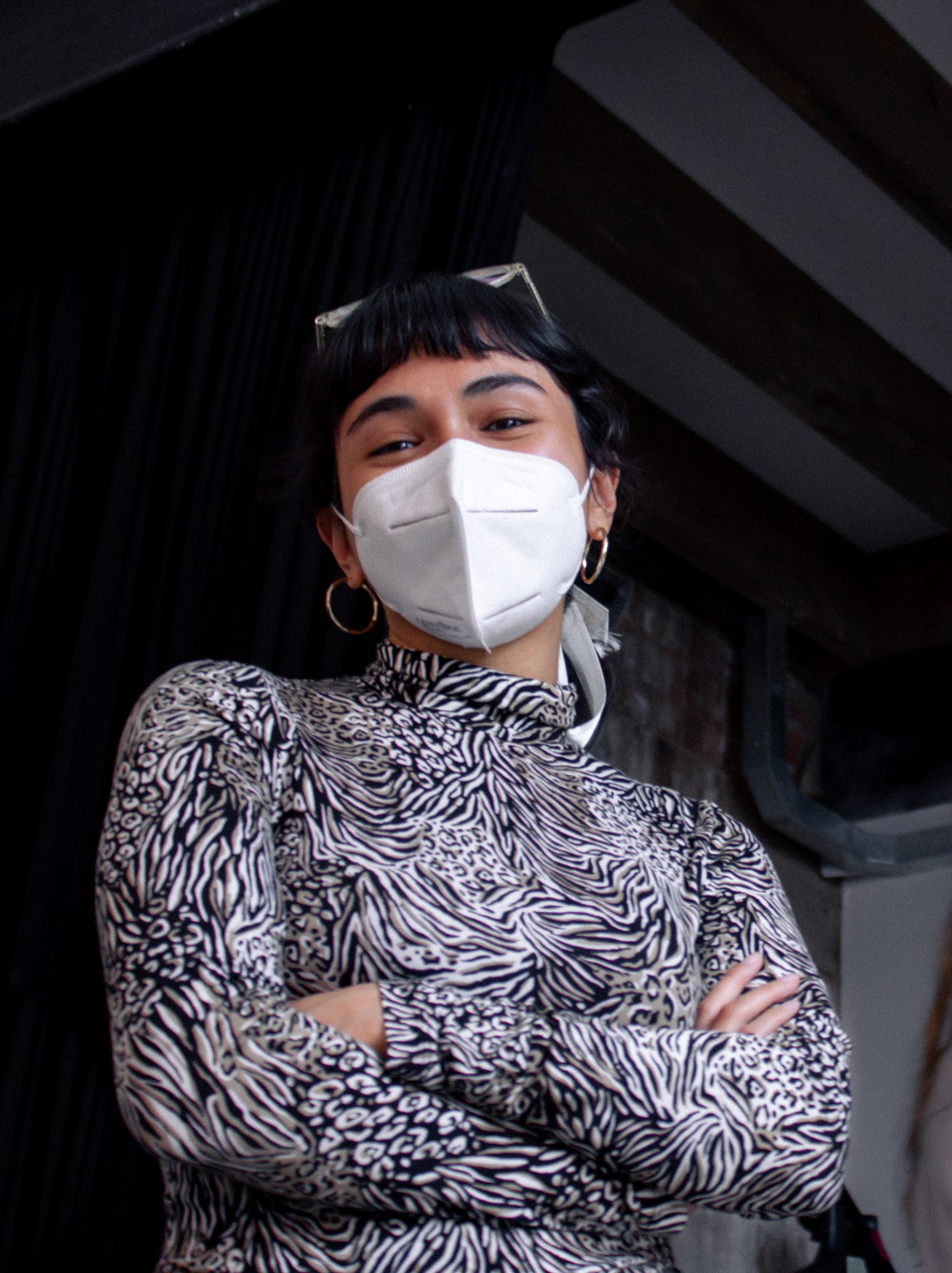 Roxy is a British filmmaker of Iranian-Malaysian-Chinese descent from Brent in London. She has a strong track record in developing and producing ground-breaking stories for both documentaries and factual television.

Roxy Rezvany is British filmmaker of Iranian and Malaysian-Chinese descent,
born and bred in Brent in London. She has a strong track record in developing and producing
ground-breaking stories for independent documentaries and factual television, and creating
innovative visual work as a scripted writer-director. She is currently developing both documentary
and narrative feature projects, with a focus on themes of ‘family’, ‘home’, and ‘grief’.
As a director she has a particular interest in telling conventional narratives from underrepresented
points of view. Little Pyongyang, a half hour stylised documentary which premiered in
competition at the 2018 CPH: Dox Festival for their Next: Wave award, was her cinematic
directorial debut. It is the story of a North Korean defector living in the UK amongst his peers, but
struggling to overcome the guilt of leaving his family behind. It played at Oscar qualifying Sheffield
Doc/Fest, Hawaii International Film Festival, Aesthetica and LSFF. It has gone on tour at further

festivals and film events in Berlin, New York, Los Angeles, and San Francisco, and was featured
on BBC World News, and named by Wired UK as one of the best films streaming online
today, when it premiered online via Guardian Documentaries to views of hundreds of thousands.
She was recognised by The Dots as one of their 200 Creative Trailblazers of 2018 on
International Women’s Day, and featured on the cover of Broadcast Magazine’s 2018 Hot Shots
issue as new directing talent.
Her second short film, Wifi Rider, for which she was awarded a One World Media fellowship, is
about a teenage Palestinian fashion designer in Jordan. It was a prize winner at the Torino Short
Film market, screened at the London Palestine Film Festival and Aesthetica, and was selected by
Academy award winner Roger Ross Williams for his series One Story Up, streaming on Topic. It
was programmed as part of the Film London Artists Moving Image Network’s “Selected 11’ tour
of UK galleries, and chosen as a Vimeo Staff Pick.
She was selected in 2017 by Sheffield Doc/Fest as one of their ‘Future Producers’ in support of
her promise as a feature filmmaker, by the Film London’s ‘London Calling’ development
scheme as a director, and has been commissioned by art galleries such as the Barbican, Tate
and Victoria Miro. Her work has been broadcast on Channel 4, VICE, and Sky, and been
programmed at the BFI and Barbican.
Most recently she wrote and directed Honesty, a short film commissioned by the BFI and BBC
Film that premiered as part of the London Film Festival ’21 and will screen in competition at
Cambridge Film Festival ‘22, and Photo Booth, a short film that premiered in competition for the
Best Director award at Underwire Festival 2022 and screened in competition at Edinburgh Film
Festival and Leeds Film Festival. She has also completed high-end episodic director training with
Sid Gentle Films on their TV series ‘Ragdoll’ for AMC, worked as a second unit director on
HeyDay Films’s second season of ‘The Capture’ for NBC, and is shadowing director Academy
award winning director Aneil Karia on ‘The Gold’ for the BBC.