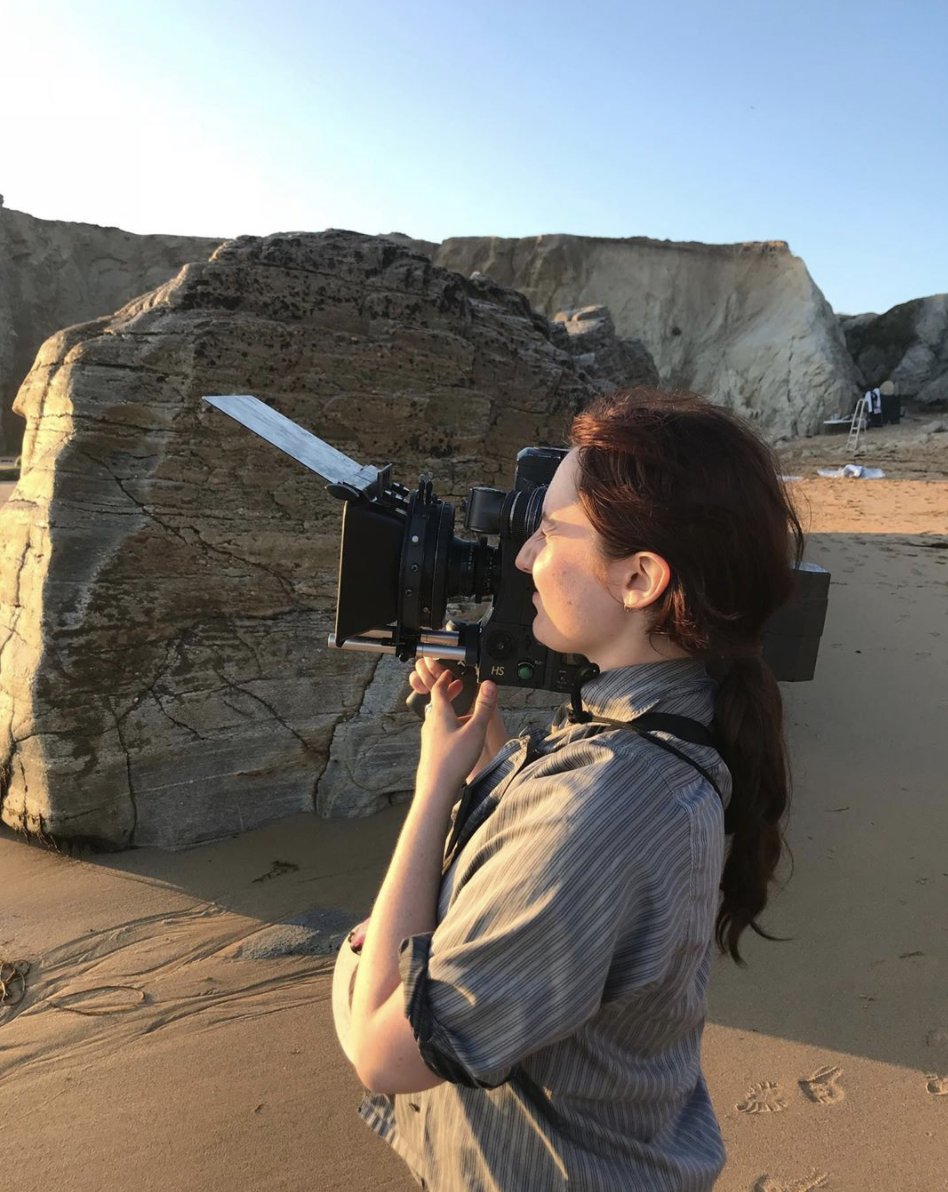 Saskia Dixie was born in Essex, England. She received her formal dance training at The Royal Ballet School and later Elmhurst in Association with The Birmingham Royal Ballet. After having sustained a career preventing injury, Saskia diverted to fashion studies in London where she picked up a camera for the first time out of frustration with the creative limitations of the course. From here, Saskia began her career as a freelance filmmaker in the Fashion and Arts industries, working for clients such as Man About Town Magazine (UK), Dazed Magazine (UK), Novembre Magazine (Swit- zerland), ID Magazine (UK), Nike (Paris, Berlin), ICA (UK), Topsafe TV (UK), Fashion East (UK), John Skelton (UK), Gut Magazine (UK), Helena Manzano (UK), Andra Dumitrascu (Berlin), to name a few. During this time Saskia completed a number of experimental films that have eclipsed her commercial work. Favouring a form questioning approach, she frequently assumes the role of both Director and Cinematographer creating rich image lead narratives that examine and fuse the comparable worlds of film and theatre: ‘I see a duality in my work, that reflects my ‘First Life’ as I see it, as a ballet dancer in a very sheltered environment, where the goal appeared very straightforward, not easy but clear. From the age of 12, I had mapped out my entire life, there was a system I became part of with a very historical road map and a fixed end result if you followed each of the steps diligently. Then post injury, age 19, I found myself transplant- ed into a whole new world, rich with nuance and a wealth of possibility that possessed a different kind of harshness that fascinated me. My work is a reconciliation of those two selves and an ongoing exploration of how I can mix, contrast or pull apart fragments of these worlds, the formal and the chaotic, the sheltered and the exposed, what happens if I put this and this together, does that echo something familiar or what does it mean if we shift it to this context, can it reveal something unfamiliar and what can we learn from it etc. Robert M. Pirsig describes in Zen and The Art of Motorcycle Maintenance the existence of ‘The Classical and the Romantic’ selves and I see a lot of myself in that rendering’. Saskia’s films have been screened in venues across the UK and Europe such as The Institute of Contemporary Art, London UK, ALEX Berlin, Germany (when she was nominated for best Low Budget film as part of the Berlin VMA’S 2020) and The Barbican Center, London UK. One of her most notable works was created with the support of Channel 4, The Institute of Contemporary Art and the Random Acts Platform. The work titled ‘Capital of The C’ aired on television broadcast in 2017. Most recently Saskia has embarked on an major on-going collaboration with Irish Poet and Musician Sinead O’Brien, which has manifested as a series of film works directed by Saskia in response to Sinead’s shape-shifting conceptual prose. Upon discovering a wealth of mirrored links in their respective approaches they came together first for Limbo (2019) and most recently for ‘Most Modern Painting’(2020) which marks Saskia’s first formal work as Choreographer- Director. Most Modern Painting is due to screen next month at Cineworld, Dublin Ireland as part of the 2020 Dublin International Shorts Competition.