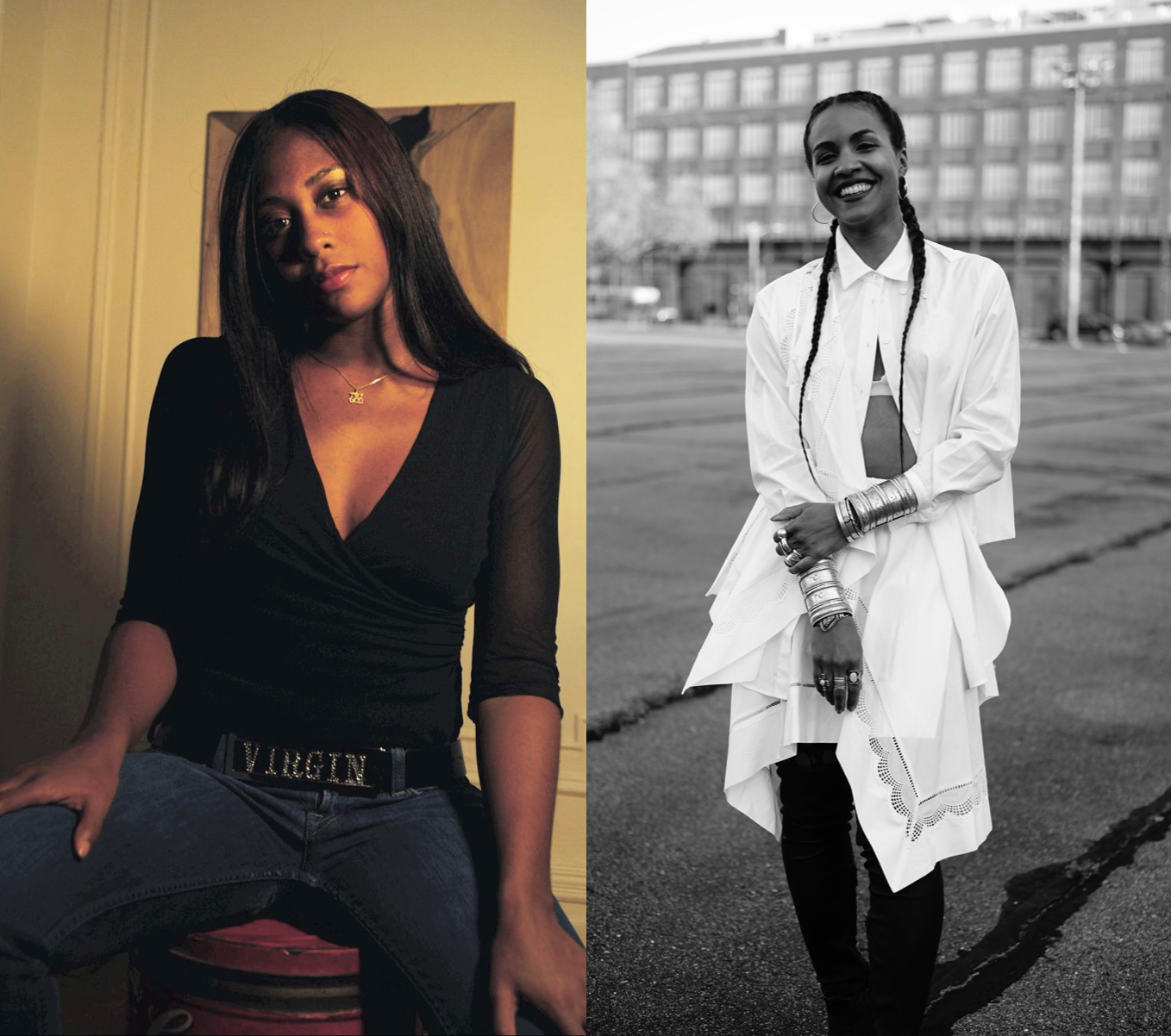 @Souldega Ashleigh and Leen of Souldega: Ashleigh Alexandria "The Virgin Artiste" Ashleigh Alexandria explores issues of gender and race through the painting of bodies. Her medium is partly performative in nature and evokes ritualistic techniques steeped in African and indigenous history as a method of articulating contemporary issues affecting Black and Brown women. Recording the site-specific works with photography and film, Alexandria often distills ideas of visibility, empowerment and objectification with herself and other women as the subject, as seen in her 2019 "Cameleon" series. She also works in mixed media, paint on canvas, and co-founded Souldega, a New York-based women's art collective. Alexandria was born and raised in New York City and studied Fine Arts at Hampton University, a historically Black college in Hampton, Virginia. Carleen Shankle "Leen" Leen, Singer-Songwriter and Creative Director. Born and Raised between Copenhagen, Denmark and Charlotte N.C.This now Brooklyn based Soul Songstress weaves in her Dirty South Charm and Afro-Viking energy into her music. She is a singing and visual force, mixing nostalgic soul with contemporary R&B speaking to a multitude of emotions, healing and female empowered narratives. Leen also likes to take you on a visual journey through her music featuring the female artist community in the streets of New York. All of her music videos have been self directed alongside artist Ashleigh Alexandria aka The Virgin Artiste, including her latest music video and single "Orbit". Shot on location between Brooklyn and Queens. This visual has a mix of Afro Futurism and a nostalgic 90's feel.